You are here: Home / Blog

If you are using Actionstep, the platform upon which BKexpress Cloud runs, and you haven’t joined the LinkedIn Actionstep Users Interest Group yet, you should look into it.  This is where Actionstep posts updates, new features, training schedules, and other information.  Users can exchange ideas, and make suggestions for product feature enhancements.  The simplest way to join the Group is to use the link in Actionstep’s Help under “LinkedIn User Group.”  You can also Google “join linkedin” or “join a linkedin group.”

Actionstep, the cloud-based legal practice management system is based, has a great tool in their Help section under Feedback Forum.  It’s like a suggestion box, except that you can see all the suggestions that have been made, and you can search for suggestions you’re interested in.  You can also vote for the suggestions you like, see how many votes each one has, and see the status of each suggestion (Reviewed, Planned, Completed, etc.).  If there’s a suggestion you want to make, search the topic first to see if anyone has suggested it.  If so, you can vote for it and make comments on it.  If not, add the suggestion, and review it from time to time to see how many votes it has garnered and watch it go from Reviewed to Completed! 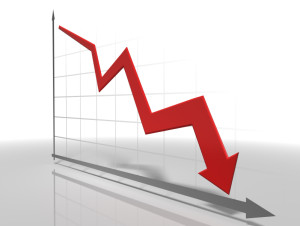 The newest data indicate that bankruptcy filings continue to decline. Bob Lawless over at Credit Slips reports that the February 2015 filing data show a 10.1% year-over-year decline. This is the 52nd straight month of year over year decline.

If we are looking for a silver lining from the consumer bankruptcy attorney perspective (with which we are obviously aligned), the data charted in the blog post clearly show that the decline has flattened out considerably from the steep 2008 – 2011 decline. Coupled with the departure from the practice area of a substantial number of the attorneys who jumped into consumer bankruptcy around 2008 – 2009, established bankruptcy attorneys have reason to be cautiously optimistic that this trend has bottomed out. I always find it a little uncomfortable to hope that more people will have to file bankruptcy, but based on general economic data and news, as well as the filing data, it would seem that that filings will continue to flatten out with an eventual increase – it’s just a matter of when.

Not all the news is bad, unless you practice in Alaska. While the general filing trend is flattening out, it really depends on where you are located. In another post and in the comments, Bob Lawless and Credit Slips readers discuss the trends for each district. The deep south, good. Alaska, not so much.

Having reviewed this graph with our BKexpress clients in mind, I think one should dig a little deeper into this graph before taking it as good or bad news. For example, Nevada appears as a red state meaning that the per capita filing is high. Yet, the District of Nevada has suffered a wild roller coaster ride with one of the most precipitous declines in bankruptcy filings going from 11,000 filings in 2007, to 30,000 in 2010, 17,000 in 2012, and then dropping to 9,000 in 2014.

While this post may be helpful to any user of software that stores its data in a Microsoft SQL Server (MS SQL), it will be most applicable to OTB’s Time Matters users.

When you store your data in MS SQL, you obviously have to make sure it gets backed up. For many years, Time Matters did a fairly poor job at providing a robust backup solution. Most Time Matters consultants looked for alternatives outside the program, and many of us were pleased to find SQLBackupAndFTP. Even as the internal backup capabilities improved in recent versions of Time Matters, it doesn’t come close to what you can do with SQLBackupAndFTP and there is still no reason to use the internal backup solution when such a robust solution exists and is free.

There are a number of reasons this is a great piece of software, but toward the top of the list is that they provide a free version that will likely be sufficient for most time Matters users. At OTB we use their paid-for version as we need to backup more than 2 databases, want the expanded online storage alternatives, and want to encrypt our backups. But, if all you need to is to backup Time Matters, and perhaps one other database, it is free of charge.

END_OF_DOCUMENT_TOKEN_TO_BE_REPLACED

OTB Consulting (developers of BKexpress), The Law Offices of John T. Orcutt (one of OTB’s largest BKexpress users) and LexisNexis teamed up for a round of golf at the Cary Chamber of Commerce Annual Golf Tournament at Prestonwood Country Club. 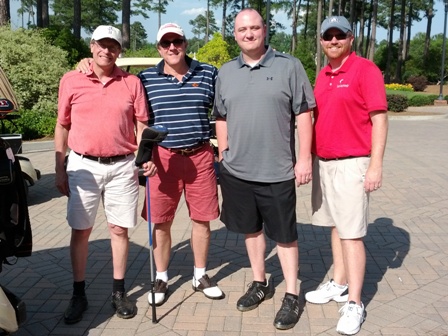 Great fun was had by all … but, no worries about them leaving their day jobs for professional golfing careers!